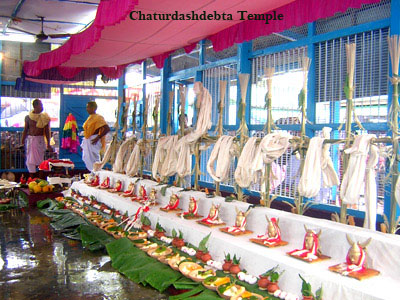 Situated 14 kms from Agartala, the Fourteen Goddess Temple, also known as Chaturdas Devata temple, is a temple dedicated to Lord Shiva. Built by Maharaja Krishna Kishore Manikya in the mid 18th century, the “Chantais” (Tribal priests) do “puja” in the temple who were engaged in this from the time of the maharajas. The other deities of the temple are Parvati, Vishnu, Durga and Ganesh. It is believed about the temple that one who visits the Fourteen Goddess Temple once revisits Tripura 14 times. Every year during the month of July a Kharchi festival is organized near the temple and during this time of the year thousands of tourists and devotees visit the temple to offer prayer. 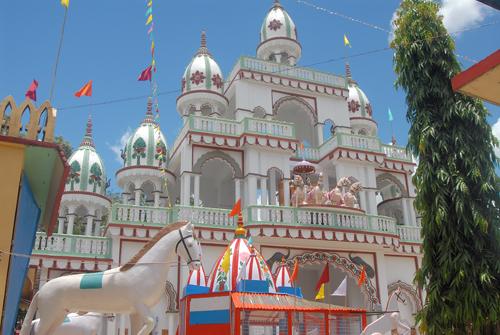 Situated at the shore of the Jagannath Dighi lake, an ornamentally created lake, the Jagannath temple is one of the major tourist attractions of the capital. Built in the 19th century by then Maharaja of Tripura Radha Kishore Manikya, the temple has extremely beautiful structure which shows close proximity to the Islamic style of architecture and design. The exteriors of the temple are a mix of the Hemadpanthi and Arabic style while its interiors are of the style of the Hindu religion. The pillars of the temple are crowned by square and pyramidal cones. The most striking feature of the temple is the orange coloured four–storied Shikhara or tower which rises from an octagonal plinth. It is believed that the idol of Lord Jagannath at Puri has been donated from this temple. The presiding deities of the temple are Jagannath, Balabhadra and Subhadra. 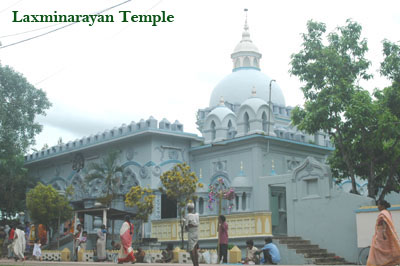 One of the important religious spots in Agartala, the Laxmi Narayan temple is situated at the main entrance of the Ujjayanta Palace. The temple was built during the rule of Maharaja Birendra Kishore Manikya and the royalty of Tripura made financial contribution for the construction of the temple. The temple is registered under the Indian antiquity act like monument. The icon of Lord Krishna here was installed by Krishnananda Sevayet of Lakshmi Narayan temple some 45 years ago. According to a legendary tale of the Bhagavata, Tamal tree is closely associated with the life sport of Lord Krishna and considering this fact Sevayet also planted Tamal tree in front of the temple. The Janamashtami festival is celebrated with pomp and grandeur every year in the temple and during this time of the year hundreds of devotees and pilgrims flock the temple for offering prayers to the deity. 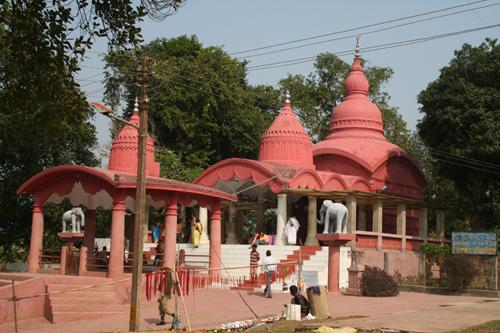 Located around 30 kms from Agartala, Kamalasagar is an artificial lake set up on a hillock at the edge of the border with Bangladesh. The lake was excavated by Maharaja Dhanya Manikya in the 15th century. Near this lake is located a temple dedicated to Goddess Kali which dates back to the 16th century. The lake with the temple provides an absolutely beautiful scenic view and is also a popular picnic spot.

The Kamalasagar Kali temple of Kasba is known as Kasba Kalibari. The image of the Goddess in the temple resembles that of Dasabhuja Durga or Mahisasurmardini. The Goddess is made up of sandstone and is worshiped in the temple as Kali. The presence of a Shivalinga at its feet has led to the naming of the temple as Kalibari. Every year many devotees from different parts of the country and neighboring Bangladesh come to this temple and offer their prayers.

Located close to the Ujjayanta palace, the Durgabari temple in Agartala is dedicated to Goddess Durga. Durga puja and Kali puja are celebrated with much enthusiasm here in the temple.

Located opposite the Jagannath temple, the Umamaheshwar temple housed inside the Ujjayanta palace compound is a revered temple in Agartala. The whole temple painted in orange with green surroundings enhances the beauty of the temple. 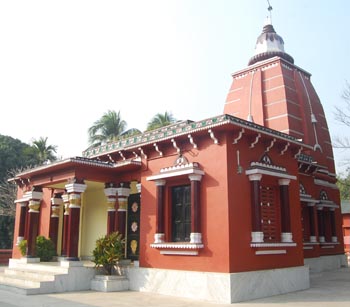 Located at Kunjaban area in northern part of Agartala town, Benuban Vihar is one of the most attractive Buddhist destinations of Tripura. This Buddhist shrine preserves some beautiful metal idols of Lord Buddha. The quiet monastery is an abode of eternal peace and tranquility to all tourists and visitors. The festival of Buddha Jayanti is celebrated on Buddha Purnima day with great enthusiasm and fanfare here. 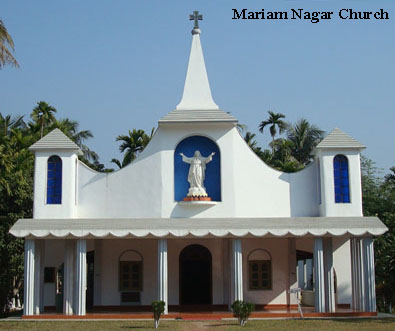 Mariam nagar Church is a Catholic Church situated amidst lush greenery, seven kms east of Agartala. It is one of the oldest churches here dating back to some 169 years old and is an attractive structure located here.

Located at Supari Bagan in Krishnanagar locality, the Agartala city Baptist church is affiliated to the Tripura Baptist Church Union. The church was set up in 1987 and there are more than 130 registered members in the church.

Located in Arundhutinagar, the Agartala Baptist church is affiliated to the Tripura Baptist Church Union. 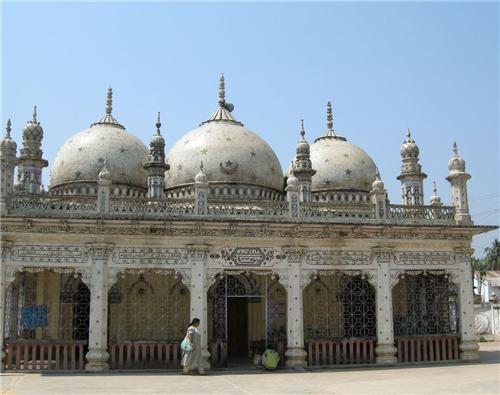 Located at Shibnagar area in Agartala, the Gedu Mia’s Maszid is the primary holy shrine of the Muslims in Tripura. The construction of the mosque has an interesting tale associated with it. It is said that Gedu Mia, the founder of the Maszid, had started his life as a humble elephant driver then a motor garage worker and a driver. Later he received 7 lakhs from Maharaja Bir Bikram Kishore Manikya for the construction of an airport in the northeast of the Agartala town. On accomplishing the task he got a huge profit and he used a part of the profit for constructing the mosque. The beautiful Maszid is made of imported white stones. There are wonderful minerats, towers and arts work on the door and a beautiful green space where the weekly namaz is read out.